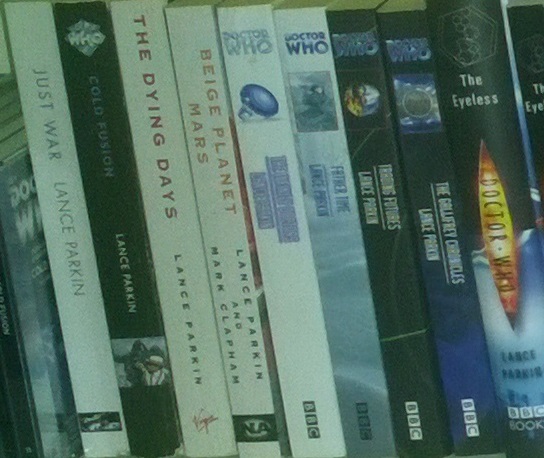 A version of my Doctor Who chronology has been around for over twenty years now. Starting out as a Seventh Door fanzine The Doctor Who Chronology (1994), it was expanded and revised as A History of the Universe (1996) for Virgin, and since 2003 it’s found a home (and three editions) at Mad Norwegian as Ahistory. The Mad Norwegian versions are co-written with Lars Pearson. There is also Unhistory (2017), a timeline of stories outside the regular Doctor Who canon. These are large books: 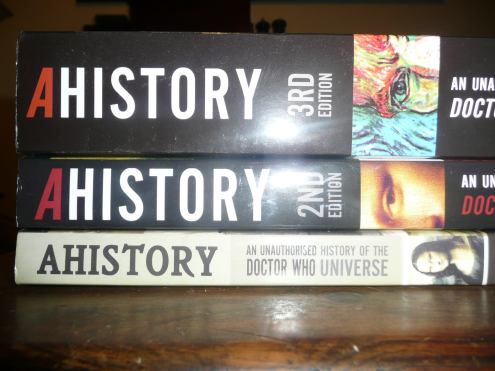 I’ve had various short stories published for Virgin, the BBC and Big Finish.

Just War and Cold Fusion have been adapted for audio by Big Finish (Just War was adapted by Jac Rayner, Cold Fusion by me). I’ve also written original plays for them: Primeval, Davros, I, Davros III: Corruption, and The Company of Friends: Benny’s Story.