Blade Runner looks nice, but it doesn’t make much sense. “I’m Lance Parkin. I’m a blogger. Stands for ‘Web Log’.” Oh, I’m sorry. I’ve accidentally put out the Theatrical Cut of this blog post. “I was typing words about Blade Runner when-” That’s quite enough of that.

Hang on. Before I start. OK, Blade Runner is set in 2019. Not long now. It’s the exact opposite of ‘weird’ that a movie made thirtysomething years ago, set thirtysomething years in the future is set soon. That’s how numbers work. But it is a little weird to think that the first time most people born after, say 2005, watch the movie, it’ll be set in the past.

So, OK. Blade Runner doesn’t make much sense. The entire point of this character:

Is that someone else’s memories have been transferred into her, that they live on in android body. And the whole point of this character: 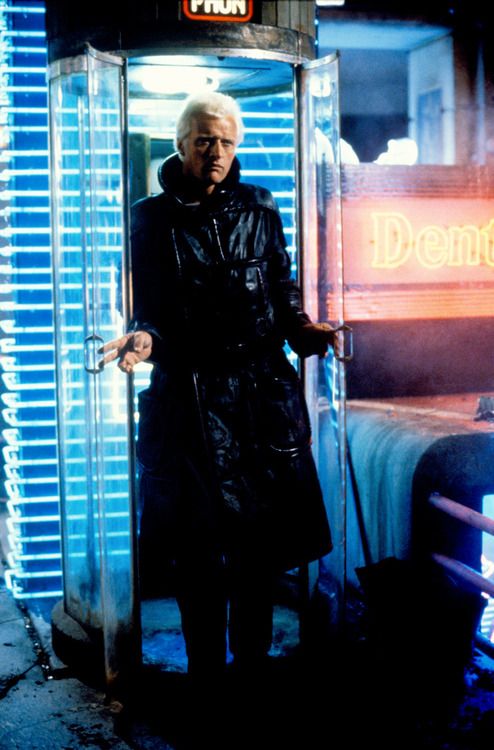 Is that memories absolutely can’t live on, that when he dies, it’s all gone. See? Makes no sense. And the ending really is awful, overblown nonsense. But let’s look at that ending again. Perhaps something’s going on that we’ve never noticed before. In the last sequence, Roy Batty goes … well, batty. He does this:

He sticks a nail in his hand because he doesn’t want to die. Because, as you know, sticking a nail in your hand increases your health. 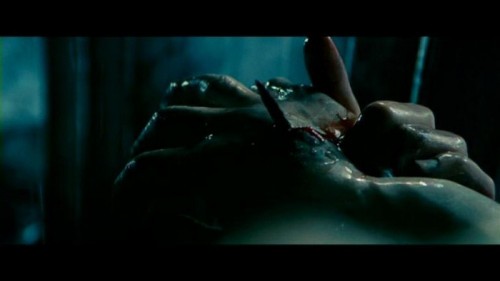 He also, for no obvious reason, takes all his clothes off. 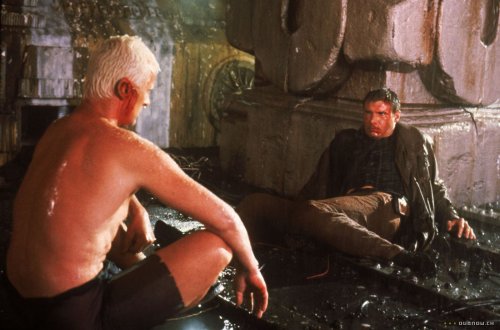 And suddenly, he’s holding a dove.

And, out the blue, just randomly starts quoting Roy Batty’s monologue from the end of Blade Runner .

None of this makes sense. Any sense. Unless. Let’s think this through. Why would Roy Batty do any of those distracting things? And the answer is ‘to distract’. So what’s he really up to, while you’re going ‘WTF? Why is he howling like a wolf?’.

Let’s start with the dove. Most of the real animals are dead in Blade Runner because reasons. The dove that Roy Batty suddenly has is an android dove. And you can transfer your memories into androids. Remember?

Or do you really remember? Perhaps it’s not your memory, perhaps it’s Tyrrell’s niece who read the beginning of this blog and you had those memories implanted.  Anyway: so, Batty releases the dove, and suddenly dies, and the rain is symbolic of his tears, although the rain in the rest of the movie is probably just rain.

And even Harrison Ford, in the voiceover, doesn’t get why he let Deckard live.

But it’s obvious, isn’t it? The dove isn’t symbolic of Batty’s soul departing his body. It’s his actual soul, copied over to the android dove, making his escape.

It’s a shame the dove doesn’t go ‘Meep Meep!’ like Roadrunner, to get this point across better. But that’s it, isn’t it? All the howling and running around in his underpants is what he’s doing to hide the fact he needs a few minutes to cut and paste his soul into that android dove. And as Deckard and Rachel [do whatever they do at the end of the version you’re watching], somewhere in Los Angeles in the distant space year of 2019, there’s a dove flying around with Rutger Hauer’s soul.

Makes you think, doesn’t it? Or does it? Is it you thinking that? Aren’t we all replicants, deep down? Ooh, Blade Runner is so profound.